Mirialans are a race of humanoids native to the planet Mirial. Mirialans are playable species of all classes.

Renowned in all corners of the galaxy for their spirituality and strong connection to the Force, the Mirialan endure rigorous mental and physical training rituals to become both formidable warriors and skilled negotiators. Their reputation is not without merit; Mirialan are taken from home at a young age to be educated at one of the many youth academies. There, they are instilled with the cultural ideologies that have been engrained in Mirialan society for hundreds of generations.

Deeply held spiritual beliefs are the cornerstone of Mirialan culture. Their understanding of the Force is based on the idea that the actions of each individual affect not only their own fate, but also the destiny of the Mirialan as a whole. Personal achievements are recorded on each individual’s body with geometric tattoos. The shapes and locations of the tattoos denote different actions in the life of the Mirialan, and upon death the markings are used to determine the cultural worth of the individual and their contributions to furthering the Mirialan as a whole.

The Mirialan homeworld - simply known as Mirial - is a cold, dry planet near the Hydian Way trade route. Though Mirial first joined the Republic several centuries ago, its lack of resources has allowed some measure of isolation even while giving the Mirialan the freedom to explore the larger galaxy. Exposure to other cultures has led to greater diversity among the Mirialan, and even some surprising inclinations from their society as a whole. During the Jedi Civil War, Mirial sided with Darth Malak against the Jedi Order. After Malak’s defeat, the planet was re-assimilated and in the current conflict, the Mirialan have come down decidedly on the side of the Republic.

At the start of the Great War, when the Sith Empire first returned and began to sweep through the Outer Rim, many displaced refugees fled to Mirial. After witnessing such suffering, more Mirialan than ever before began venturing away from their homeworld. Many have enlisted in the ranks of the Republic military or joined the Jedi Order, while others have simply spread out to wander and experience the never-ending variety the greater galaxy has to offer. 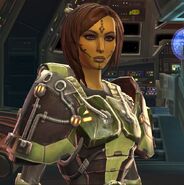 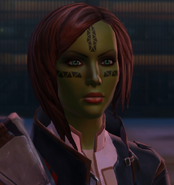 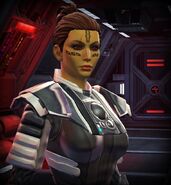 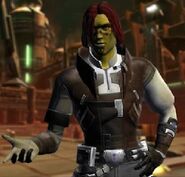 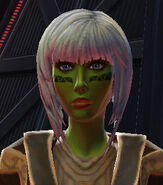