"The Sith Empire is a force of dominance, an authoritarian state forged from militarism, slavery and the dark side of the Force. United under a single Emperor and his Dark Council, ruled by the Force-sensitive members of the Sith Order and supported by countless loyal citizens, the Empire forsakes the freedoms offered by the Republic in favor of strength and order. Aiming to take revenge on the Republic for its exile centuries ago, the Sith Empire will stop at nothing to become the greatest power in the galaxy. Although an uneasy truce has settled over the galaxy, the Empire does not sit idle. From its capital of Dromund Kaas, Imperial leadership exerts total control over the worlds it has conquered, rebuilding its forces to once again march on the Republic."
―In-game Codex (Organizations)[src]

The Sith Empire was formed from the remnants of the Original Sith Empire. The new Empire, also known as the True Sith Empire sect, was created after Naga Sadow's disastrous campaign against the Galactic Republic in the Great Hyperspace War. The survivors fled known space to escape persecution by the Republic and its Jedi Order. After their departure from the original Empire's territory, the Sith discovered the forgotten world of Dromund Kaas and settled it to begin the process of rebuilding. Since the Treaty of Coruscant, the Sith Empire has been involved in a Cold War with the weakened Galactic Republic.

The true origins of the Sith remain shrouded in mystery. The original Sith race was, in fact, largely unimportant until three thousand years ago, when Dark Jedi exiles arrived on Korriban and subjugated the Sith beneath their rule and their philosophy. As the years passed, the Dark Jedi interbred with those they ruled, and within generations, the word “Sith” took on new meaning. This powerful new civilization began expanding rapidly, led by a growing population of ambitious dark Force-users. Fifteen hundred years ago, the Sith civilization’s boundaries reached the Republic, and the Great Hyperspace War began. Dark Lord of the Sith, Naga Sadow, led his armies in an aggressive campaign to destroy the Galactic Republic. Though the Sith were successful at first, the Jedi Order rallied back to defeat their dark counterparts, systematically destroying the Sith civilization on Korriban. Escape and reconstruction unknown to the Jedi, the last of the Sith Lords managed to escape the carnage and fled into the Unknown Regions with an armada of his most trusted Sith and slaves. These surviving Sith wandered through space for 20 years before rediscovering the Sith planet of Dromund Kaas. The mysterious Sith Lord Vitiate declared himself the Sith Emperor and began rebuilding the Empire on the distant planet, hoping to one-day return for revenge. Over the next 1,300 years, these "True Sith" and their Sith Empire recovered their strength. They developed a massive Imperial military and a fleet of advanced warships. The Emperor undertook dark rituals which prolonged his life and his undisputed rule.

When the time for vengeance arrived, the Sith began infiltrating star systems in the Outer Rim, sowing seeds of discord and making secret deals with local criminals and warlords. With all the pieces perfectly in place, the Sith launched an enormous offensive which caught the Jedi completely off-guard. In the first wave alone, the Sith succeeded in seizing control of several star systems in the Outer Rim, destroying the Republic’s shipyards over Sluis Van, and strangling the popular Rimma Trade Route. After the initial crush, the Emperor’s brilliant strategies continued and the brutal force of the Imperial military slammed the Republic time and time again, from the deep sinkholes of Utapau to the tall forests of Agamar. Though it seemed the Empire was capable of waging war indefinitely, the Emperor surprised the Republic yet again. While the Emperor’s Dark Council engaged Republic leaders in peace talks, several Sith Lords and an elite Imperial army sacked the Republic’s capital planet. Destroying the Jedi Temple and holding the planet hostage, the Empire left Republic leaders no choice but to surrender several outlying star systems by signing the Treaty of Coruscant.

Since the treaty, the Emperor has withdrawn to pursue his own mysterious goals, deferring control to the Dark Council, and setting the stage for a brutal power struggle. In the political vacuum, the strongest and most cunning Sith and Imperial leaders are rising up to assume authority, consolidate the Empire’s dominion and crush its enemies. After the Sacking of Coruscant and the Treaty following, The Galaxy was divided into two armed camps: the Empire with control of most of the Galaxy and the Republic reeling from the losses that they had suffred during the war. The Empire has strengthened their hold on the former Republic systems and began a large fleet and military build-up.

The Dark Council is the ruling body of the Sith Empire since the Treaty of Coruscant.

Main article: Imperial Army
Whilst the armies of the Empire are trained to conquer, they do so under the leadership of Sith Warriors and Grand Moffs who drive them in Imperial campaigns. They are at times augmented by the use of battle droid forces which included Mark I and Mark II versions that are used in large scale engagements.

The Imperial Armada, also called  The Imperial Navy, is the naval branch of the Sith Empire's military. It fought against the Galactic Republic during the Great Galactic War. They utilized a large array of warships and starfighters, e.g. the Exterminatus class destroyer.

Air Force existence has been briefly stated during questlines on Balmorra Territory.

The domains of the Sith Empire were not strictly located within the known worlds and included planets within the Unknown Regions. These were taken by military expeditions into those unknown tracts of space and the claiming of such worlds further expanded the influence of the Empire.

Main article: Dromund Kaas
Dromund Kaas is the capital of the Sith Empire and was the ground of the Empire's rebirth. A long abandoned Sith colony, Dromund Kaas was rediscovered by the Sith Emperor and his followers after twenty years of aimlessly wandering the stars. The Sith then re-colonised the planet. Thus, it became the new Sith capital and the Emperor's seat of power.

Korriban was the original homeworld of the Sith species and where the first Sith Empire was founded. A desert-covered planet of sand and red rock, it is considered holy ground by the Sith. Full of ancient ruins, it houses many of the tombs dedicated to the ancient and powerful Dark Lords of the Sith.

The Imperial population are much smaller when compared to the Galactic Republic and are divided between Sith and non-Sith. This division between the ranks means that both are worlds apart and that the upper echelons of power are reserved for only Force-sensitive Sith alone who served as the elite. While this is the case, the average citizen is still quite loyal to the Empire and many aspired to become Imperial Agents who were seen as the highest achievement for non-Sith. 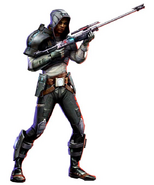 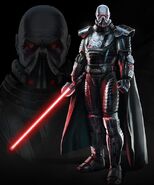 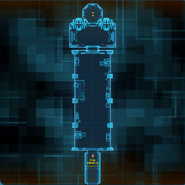 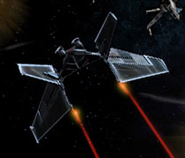 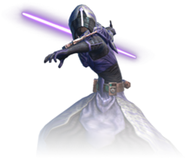 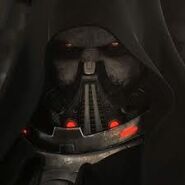 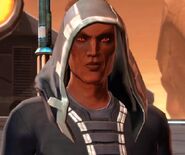 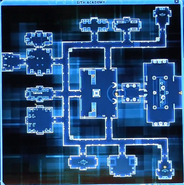