"The mysterious Deep Core world of Tython is the birthplace of the Jedi Order. Millennia ago, Tythonian warriors and scholars developed a unique mystic and martial philosophy while studying the Force. Today, their Jedi descendants excavate ancient Tythonian ruins and relearn what was lost. After the recent destruction of the Jedi Temple on Coruscant, the Jedi made their new home on Tython. The mountainous planet remains mostly unexplored, and the violent natives pose a constant threat. The order remains committed to rebuilding here, however, and is now training a new generation of Padawans."
―In-game Codex (Planets)[src]

Tython is a planet located within the Tython System of the Deep Core. It is the planet where the first society of Force-users in known history gathered, which would eventually become the Jedi Order. It is the starting world of the Jedi Knight and Jedi Consular character classes.

Tython is a lush planet within the Deep Core that has been largely unexplored. It contains high mountains and low valleys.

Origins of the Jedi

It was on Tython that the brightest and best philosophers, priests, scientists, and warriors came together to discuss their discoveries involving Ashla, the enigmatic, mystical light side of the Force. They established a Forge initiation ceremony that would eventually lead to the invention of lightsabers after they faced threats from beyond Tython.

Initially this group believed their power was limited to Tython only, though this was later proven otherwise when a proactive group left Tython to liberate other worlds. Force-users from Tython founded a school of philosophy on Ossus, defining the light side and dark side of the Force (equivalent, respectively, to the ancient Ashla and Bogan), as well as the Living Force and Unifying Force. Some legends claimed that others of Tython's explorers traveled to Caamas to learn proper moral judgment.

Eventually dissidents who used Bogan, the dark side of the Force rose up, sparking the Force Wars. This conflict left Tython in ruins and even though the Ashla-centered group was victorious, both groups were forced to leave. They eventually settled at their colony on Ossus and the newly christened Republic capital of Coruscant.

New Home of the Order

After thousands of years, the legacy of Tython was forgotten. But the planet was rediscovered by Jedi Consular Satele Shan during the Great Galactic War, and the Jedi started to explore its history, learning more about their predecessors.

After the Sacking of Coruscant by the Sith Empire, the Jedi Order have relocated to their ancestral homeworld. There, under Shan (now a Grand Master), they attempted to rebuild, despite trouble with a local Twi'lek pilgrim colony and a mysterious influence emanating from the world itself.

(You can find Datacron locations here)

Add a photo to this gallery 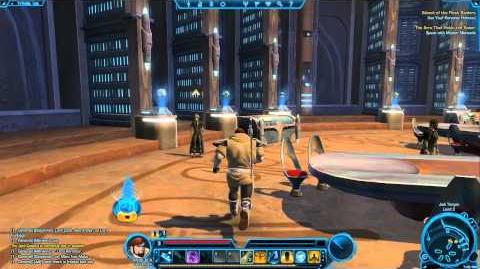 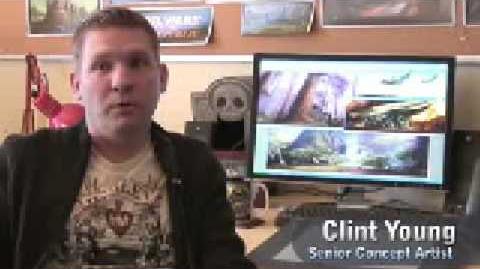 Retrieved from "https://swtor-archive.fandom.com/wiki/Tython?oldid=118365"
Community content is available under CC-BY-SA unless otherwise noted.